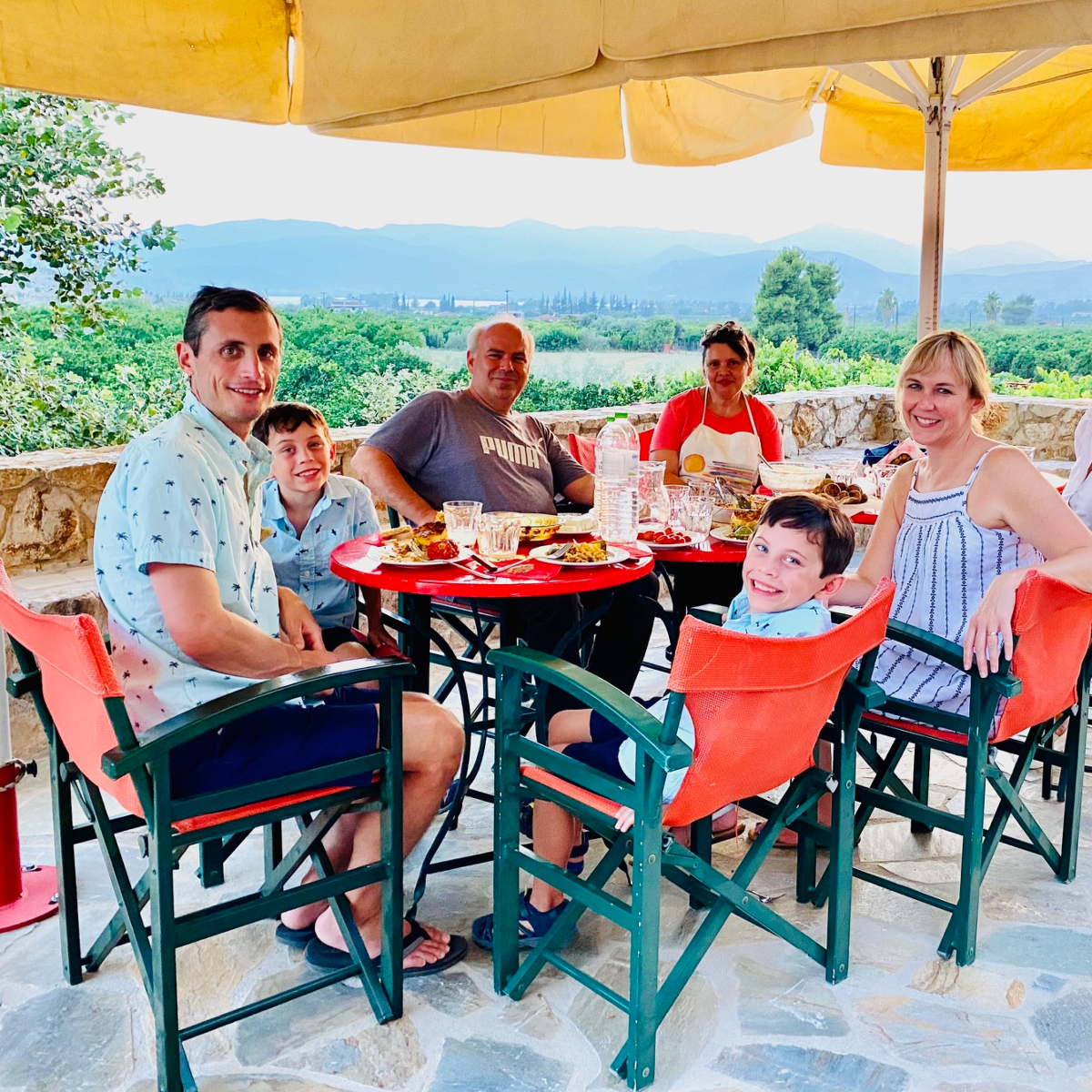 I really did not share enough about our trip while I was gone so I want to spend the rest of this month giving you more details of our trip via weekly emails and more social media posts. I will start with the Peloponnese Peninsula. I shared a couple of photos in an email a couple of weeks ago but that was it. So, let me tell you a little more about the first few days of our trip.

I’ve always wanted to visit the Peloponnese because I was told that it gave a more authentic feel of Greece. However, I felt it needed to be visited in the summer, and this was our first summer trip to Greece. Prior trips have always been in May so were focused on islands further South like Rhodes and several Cyclades Islands. We were worried that the temps would be too cool in May to visit the mainland, but we experienced the opposite in July. They were having a heat wave and temps were close to 100 degrees our first few days. Luckily, it was a dry heat and the nights cooled down quite a bit, but still! The locust were SO loud at night on those first few nights. We were told by the locals that the louder they were, the hotter the following day would be, and it actually seemed to hold true.

For those who don’t follow the @exploremorefamilytravel social media accounts, you may not know that our trip got off to a rocky start. We were all loaded up on the aircraft ready to depart CLT when a storm in the area grounded all flights. While the initial delay was only an hour or so, it took us another hour to make it through the backlog of departing flights which meant we were two hours behind schedule. We were connecting through Munich, so our 2.5 hour layover became a 30 minute layover which included passport control. Not good! We were standing in a very long line when I saw some forms that nobody had mentioned to me. So, I grabbed the forms and left the line to ask somebody whether they needed to be filled out. As I stepped into the corridor to ask, I overheard the airport employee tell someone else to go downstairs for passport control for a shorter wait. I summoned my family, and we ran to the other passport control before word got out. There was barely anybody there, so we quickly passed through and made it to our boarding flight to Athens a few gates from where we exited passport control. Whew!

While we physically made it to our flight, our bags did not. Getting your bags back in Greece is nothing like the front door delivery in the states. Once we registered the lost bags at the airport, nobody ever called us to let us know where to go or when our bags would arrive. We called and emailed the contact details given to us with no response. Luckily, we finally ended up remembering that they were going to be sent on a bus and randomly checked the bus station a couple of days later. Our bags were miraculously there! My reason for telling you all this is to purchase travel protection when you travel!!! We had to buy new clothes and toiletries and these expenses are covered by our travel insurance policy. I even got this fabulously perfect for Greece, blue and white dress! 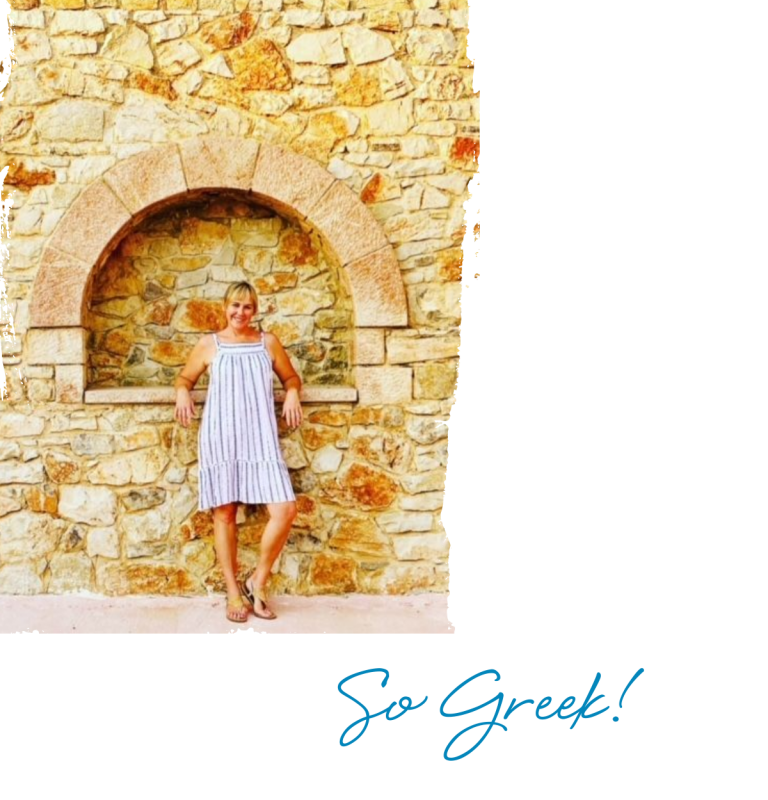 The above photo was taken at our private Greek cooking lesson at an organic farm near Nafplio where we were staying. I chose this activity for our family since Rob and the boys love growing plants and trees that produce food.

What made our experience even better was interacting with the owners of the farm who were so good with the kids. For the most part, this is a given in Greece, but these owners were extra special.

Every time the boys asked a good question or made a correct assumption about the farm, he would follow up with a ‘bravo’ and a pat on the head. The Greeks love patting children on the head, I personally love it! 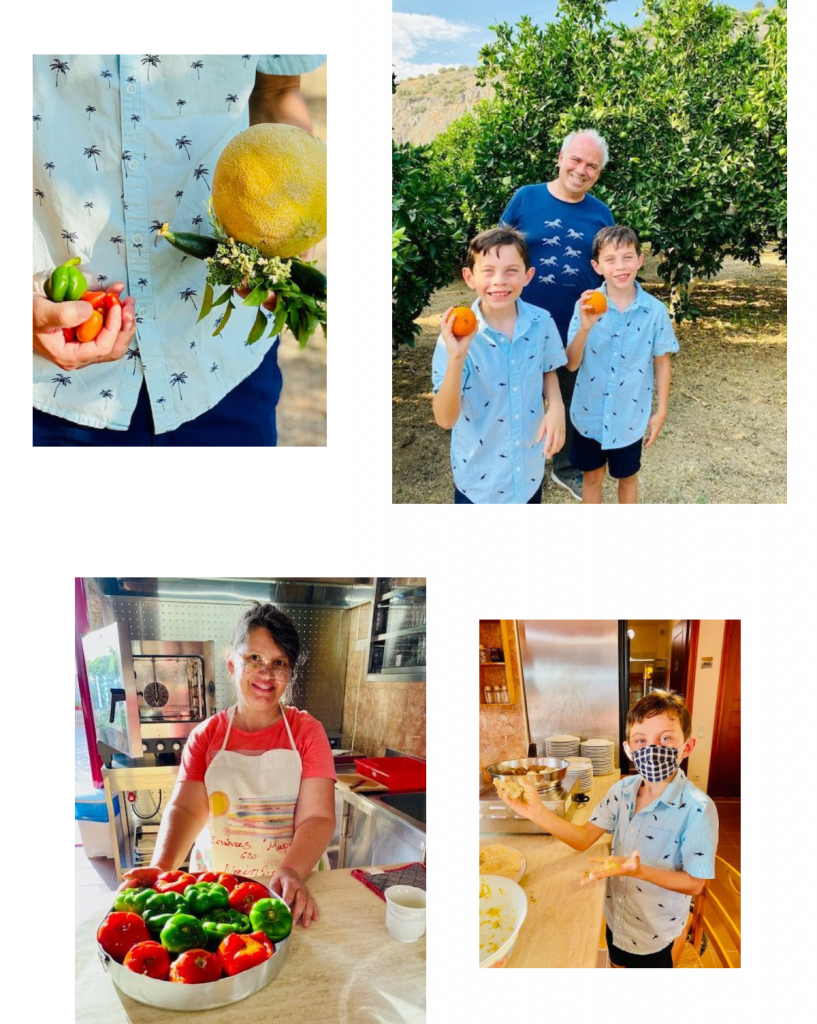 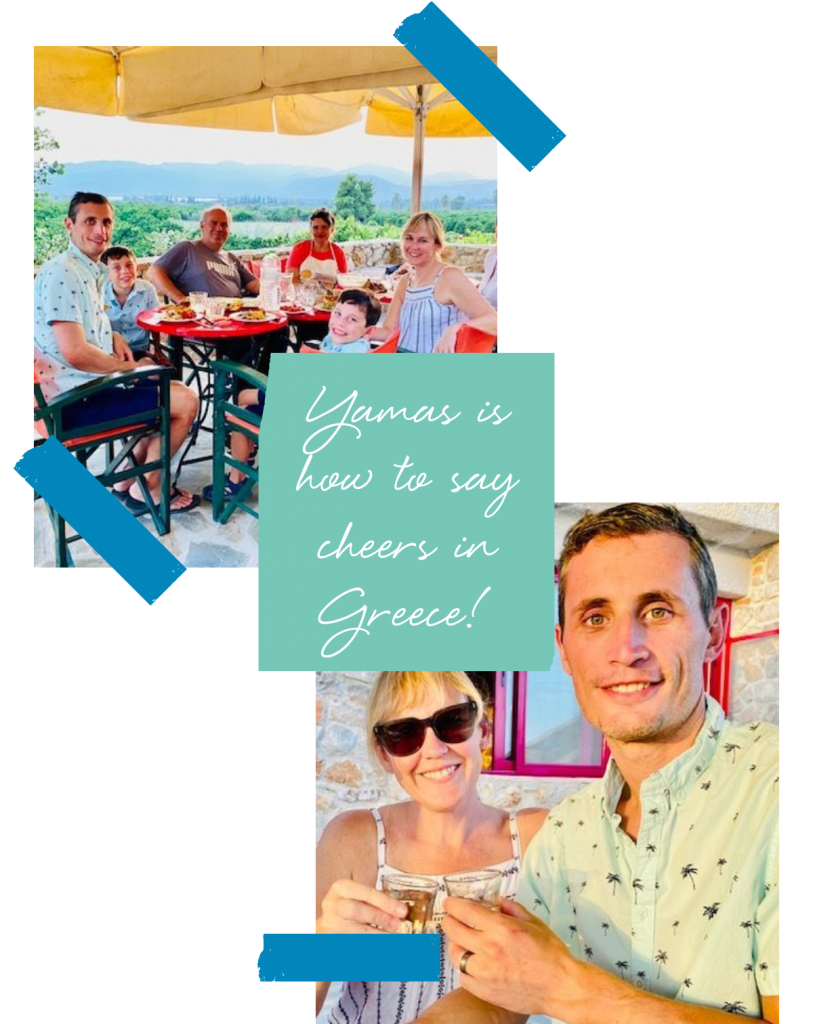 The perfect ending to our experience was ending the day on the terrace with the food we had prepared and a glass of wine as the sun went down and the air cooled off.  The traditional way to drink wine in Greece is in tiny glass cups, not the wine glasses we are accustomed to.

Our time in Napflio was the perfect start to our authentic Greece travel experience. We were vacationing where other Greeks vacation. People were surprised to see us. Many of them did not know we could even travel there as Americans yet. I like traveling off the beaten path sometimes, and our time in the Peloponnese definitely felt like our little secret. I will talk more about the rest of our time in this area next week. 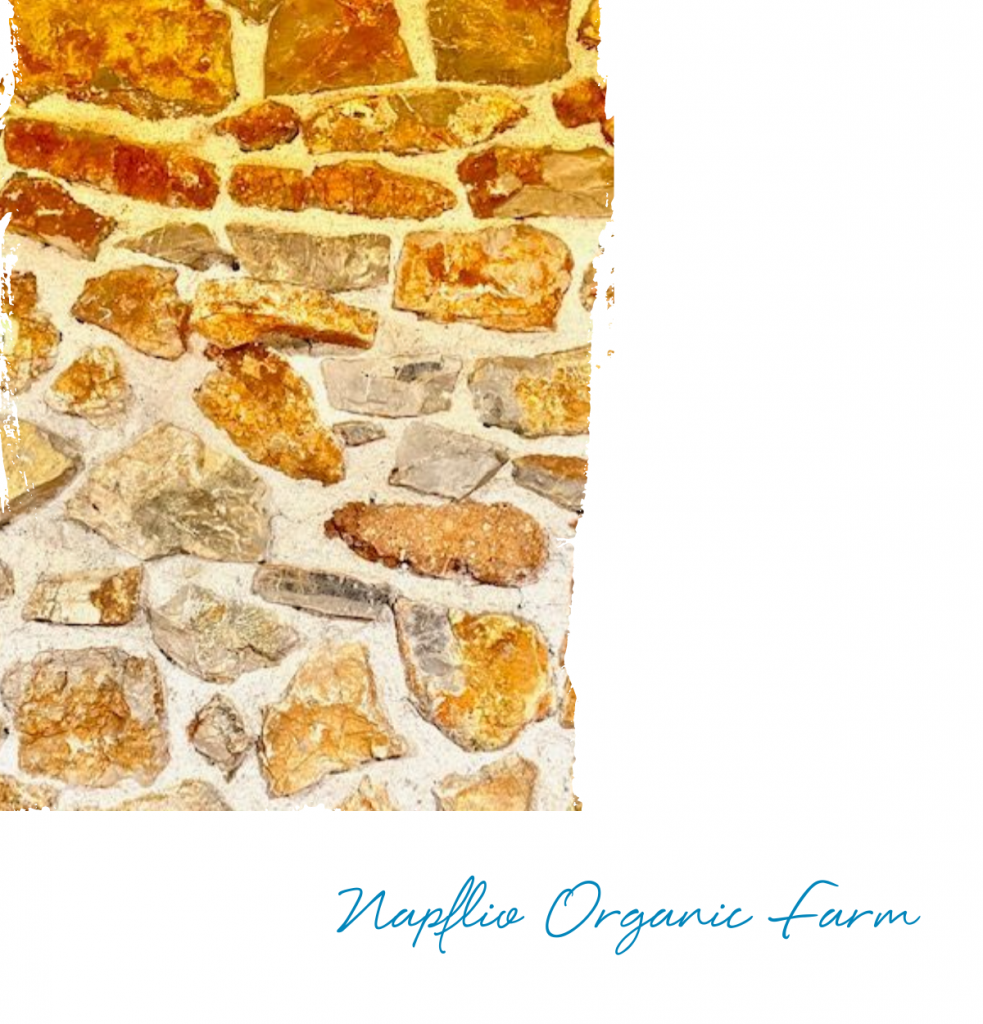 I wanted to spend a moment telling you about the walls of the farm we visited. It is hard to see in this photo, but I loved the texture of these walls. Some stones did not fit perfectly and jutted out to give a 3D affect, but they left those stones as is, and I loved how it turned out. I think I am partial since I grew up in a home with large stone around the front door area of the house and the fireplace.

These stone walls are the traditional way of building throughout the Peloponnese. This area of Greece reminded me so much of Italy, especially the Puglia area that we most recently visited which is also full of olive trees. The owners of the farm told us a story explaining how the architects wanted them to build a modern, glass home to take advantage of the expansive views from their property. However, they were adamant that the house be designed in the traditional style. They were going to have to spend more than they could afford to bring in the stone for the home and were uncertain on how they would get what they wanted. However, as they started clearing the land, they realized that the stones they needed to build their new home was beneath their feet. They did not need to bring in any other stone. They were confident in their vision, so they forged ahead in what they wanted not sure how it would end up and it all worked out in the end. It reminds me of my business during this crazy time. I forged ahead despite the uncertainty, and it seems to be working out! 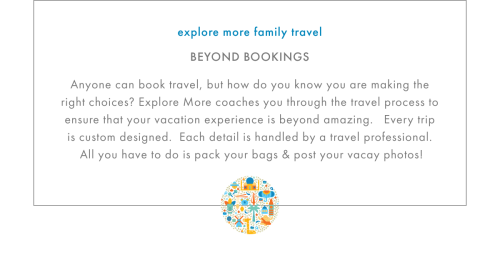 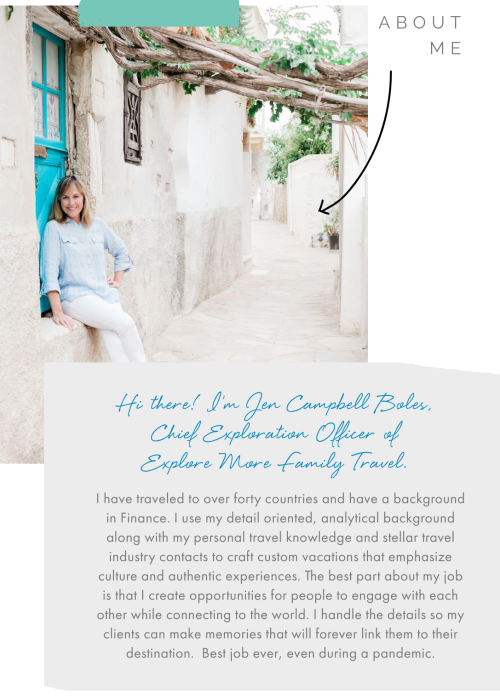