I am a culture loving twin mom always researching where my family will explore next! 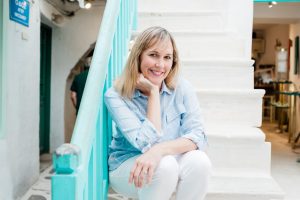 When I found out I was having twins, I did not know when I would be able to travel again. My plans of globe-trotting with a baby in tow did not seem so simple anymore. However, right after the boys first birthday while visiting my in-laws in Indiana, a quick trip to Chicago reminded me how much I love being a tourist. I started planning our first family international trip soon after and our travel abroad with two toddlers in tow began!

Before twins, I was a Financial Analyst with a focus in Cost Savings which translates into my ability to get the most value from our travel spending. What better way for me to satisfy my travel obsession than by helping others do the same?

I do not simply like to travel.  I need to travel.  Travel feeds my soul.  I know how fortunate I am to be able to go all the places I have visited over the years.  I was not born into wealth by any means, our vacations were a myriad of credit card points and frequent flyer miles.

My mother worked tirelessly to put together these travel experiences for our family.  Little did we know that she was laying the groundwork for my life to revolve around travel.  She definitely did not realize that she was creating a traveler comfortable exploring exotic destinations half a world away or she might not have taken me so many places!  My mom always worried when I hopped on an airplane to my newest adventure, but I suppose that is what moms do.  She really was proud of my wanderlust and never discouraged it.  I come from a long line of adventurous women, both my mom and Aussie grandmother traveled extensively as they made their way back and forth between the U.S and Australia over the years.

I lost my mom and my grandmother in the summer of 2015.  I am so grateful for all of our trips together, so many of my family memories are from our vacations.  I am thankful that they pushed themselves to travel as long as they could.  Why am I telling you all this?  Because I want you to #justgo.  Do not wait for your kids to be the perfect age or for the perfect timing to ask for those days off of work.  You deserve the opportunity to experience the world, let me show you how! 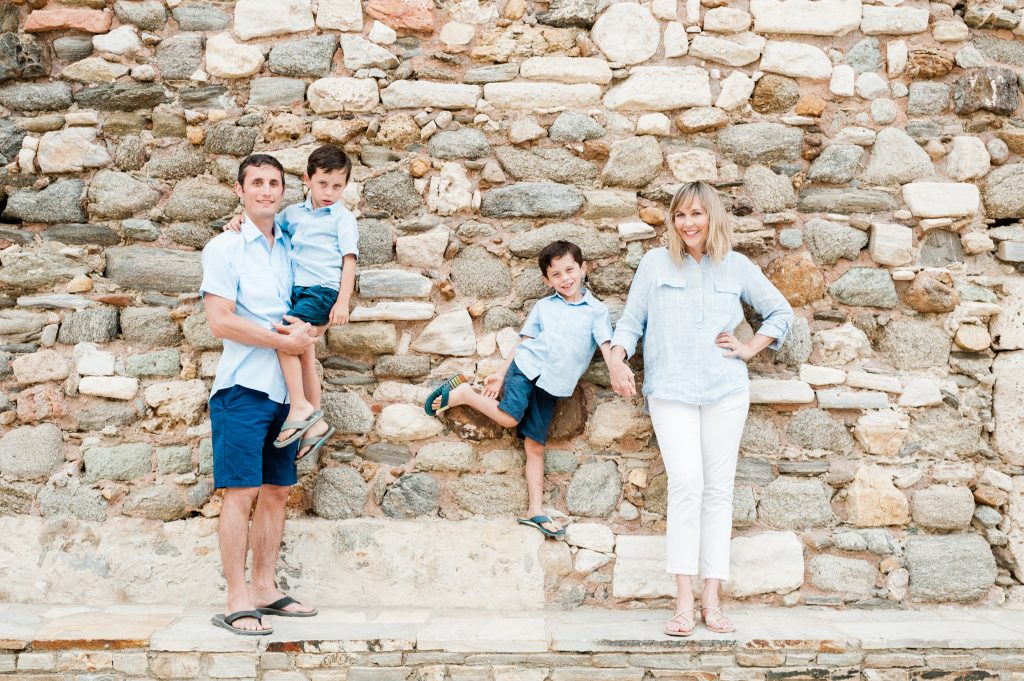 You learned about me above, but I have to brag about my family a little bit. I am married to Rob, the calmest guy I know. We are blessed to be parents to seven year old identical twin boys, Bryson and Connor. Here is a little more about our story.

I am from Savannah, GA and met Rob there while he was stationed there as a Captain in the U.S. Army. We met through mutual friends at a Mexican restaurant where Rob mentioned that on his next deployment to Iraq, he was going to spend his R&R period in Italy. During this same evening, Rob mentioned having studied abroad in Sydney, Australia where my grandmother was from and where I spent a year living abroad. A mutual passion for travel and some margaritas were the recipe for a short courtship, a long engagement, a 2011 wedding, and adventures spanning ten years and counting.

In 2013, Bryson and Connor joined the family – Connor is Baby A, and Bryson came along two minutes later. Having twins was a game changer! I decided to stay home instead of returning to my job as a Cost Financial Analyst. About nine months later, we decided to invest with some of our family in a vacation rental in Hilton Head Island, SC. A few months later, we invested in another vacation rental that needed a complete remodel. As it turns out, Rob is amazing at home renovations. Ding! Ding! I had hit the husband jackpot! I began managing our vacation rentals which was my start in the travel industry. It is a wonderful feeling helping people create their vacations.

Before twins, Rob and I visited 11 countries together. Our wanderlust did not disappear when we had twins, so we decided to take them with us as we continued to explore the world. We visited Italy, Greece, and Costa Rica during their first two and a half years of life. We moved to Charlotte in early 2016 and have spent the last four years pretty much renovating homes in between Rob’s full time desk job and raising twin toddlers. When not renovating, we escape on vacations near and far and have added ten countries plus Hawaii to our travel map.

The renovations are (finally) coming to an end which has given us more time for the things we enjoy. Rob loves seedlings, plants and working in the yard. You can find Bryson and Connor “helping” their dad in the yard, riding their new bikes, or playing with legos. As for me, planning my family’s next trip is what I do for fun, so let me do it for you!

why are you introducing your family on your business website?

Good question!  Let me tell you why … because this website is about more than designing vacations for my clients.  It is about a way of life in which you teach your children to appreciate the diversity of the world.  A lifestyle where experiences are valued higher than things.  A life where we are present for our children.  It is the life we try to lead, and I want to share it with you.

MORE THAN A TRAVEL BUSINESS, NOT JUST A TRAVEL BLOG

Most travel advisors have a blog, there is nothing novel about that.  However, I want my blog to be about more than travel.

The lifestyle part of the blog is for those with a desire to experience the diversity of the world, even if you can not travel right now. You can be  a culture addict at home or abroad. The blog will share ideas for celebrating culture and adventure closer to home.

The travel part of the blog will share ideas of where to go and what can be learned from our travel experiences.  I want to give you the confidence to take the leap to travel far with your kids now!  Don’t wait, just go!

The travel business is here when you are ready for me to create a trip for you that is the perfect balance of authentic experiences and vacation fun.

WHY NOT JUST BOOK TRAVEL FOR PEOPLE?

It is becoming more and more obvious in today’s world that there are too many people who distrust others because they have a different background. We need to embrace these differences so that we can truly understand each other. My hope is that by giving others ideas on ways to celebrate culture and all our world has to offer, we raise kids who do not fear our differences and who truly appreciate a different perspective.

Many family travel bloggers sell everything they own, then begin a monumental trip that they document or live a lifestyle that allows them to travel without constraints of a traditional job and school.  I follow these bloggers and while I am very jealous, I know this would not work for our family.

This blog is for the parents working desk jobs, waiting in carpool lines, and lining the sidelines cheering for their kids on the weekends.  You can still give your children the world.

We make time to travel the globe and create adventure as often as possible.  We encourage you to do the same.

Our long term goal is to raise awareness and funds for nonprofits with an emphasis on helping multicultural groups at home and abroad.